We have been developing and delivering solutions designed to advance the digital transformation of healthcare and improve patient health for more than 20 years.

By supporting people and expanding their capabilities exponentially, smart technologies are set to make the healthcare of the future faster, more accurate and more effective. vitagroup provides the open structures, technology, and mindset needed to achieve this.

We are a reliable and respected partner as well as a driver of digital networking in the healthcare sector. 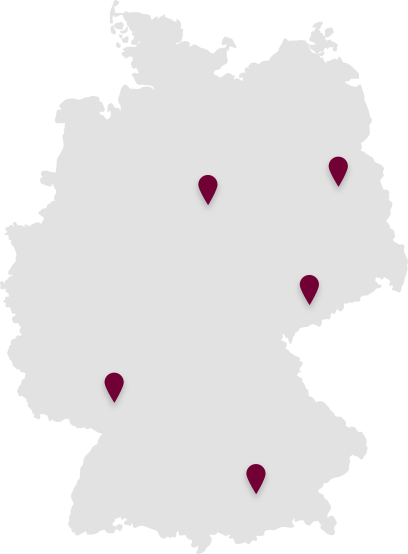 From plucky pioneer to driver of progress in digital healthcare.

Twenty years ago, vitagroup was ahead of its time as a digitalisation pioneer. We have gained valuable experience and knowledge during this time, which we now translate into practical, system-relevant solutions.

Our initial vision was to save the lives of heart patients with a combination of an ECG device and a mobile phone—the cardiac phone It wasn’t long before we attracted our first investor: Dr Hans-Werner Hector. But we were just getting started ...

When vitaphone GmbH was founded in Mannheim, Germany, in 1999 and began developing the cardiac phone, no one was talking about digitalisation yet. But we were already putting the concept into practice. We found our first investor in 2000: Dr Hans-Werner Hector, co-founder of software company SAP. Excited by the idea of digitally supported telemedicine, he decided to become an investor in and mentor to vitaphone in order to help the company unlock the potential of digitalisation for the healthcare sector and harness its power to benefit people.

The “cardiac phone” was just the beginning. In 2001, one of the first content platforms in the German-speaking world—vitanet.de—was launched with the foundation of vitanet GmbH in Mannheim. After all, we already understood the importance of pooling knowledge.

Finally, in 2003, the emergency version of the cardiac phone was launched following lengthy pilot studies. But the response from doctors and health insurers was still muted, even though we had sent the world’s first ECG by UMTS. Essentially, the product was ahead of its time. It could even automatically detect and transmit abnormalities in ECGs. And that was years before the first iPhone was launched.

With all technology, the human factor is vital. Digital healthcare products need to be backed by a support team that users can reach out to. The foundation of vitaservices GmbH & Co. KG in Chemnitz, Germany, in 2004 marked the establishment of our first telemedicine service centre, with doctors and qualified support staff available around the clock.

The heart was also the focus of the CorBene programme, launched in 2005 to offer telemedicine for heart failure patients. Following successful initial testing in North Rhine-Westphalia, Germany, the offer was then rolled out across the whole country in 2012.

In 2006, the increasing amount of technology and data from the programmes and solutions created so far led to the foundation of vitasystems IT Development. Today, it is the supplier and beating heart of our open system architecture and the basic platform for our solutions.

Meanwhile, the content on vitanet.de continued to grow. The related DOCMED.tv medical expert channel was also enjoying success. Both content platforms were then consolidated within vitapublic GmbH, founded in Munich in 2006. Apodigital.de, an information and marketing system for independent pharmacists, was positioned on the market as a separate product.

Pioneers are used to blazing brand-new trails. In 2009, we were the first in the world to be certified to VDE telemonitoring standards. Our other firsts that year included our Loop Recorder, PICO blister pack, and Bluetooth ECG card products.

We continued to develop, with an iPhone app heralding the next chapter of our success story in 2017. However, all visionaries encounter setbacks sometimes ...

Pioneers have to be flexible in the face of market change. Accordingly, JUUNA—a product vitacare GmbH introduced for family carers in 2013, the year it was founded—is no longer available on the market as a self-pay service. The JUUNA assets were integrated into other vitagroup services. That same year, we also took the decision not to proceed with further development on the PICO blister packaging system.

Vital data management is an important issue for vitagroup. Whether in connection with the TeleArzt LISA gateway from 2016 or our FiTS app, vital data has been and remains a key topic. At vitagroup today, we offer solutions, technology, and services for secure, networked, and interoperable vital data management.

With numerous companies in Germany and farther afield as well as a multitude of innovations and products on the market, the time had come to strategically consolidate all group activities: vitagroup AG was founded in 2016 with headquarters in Mannheim and Munich. New members quickly followed ...

At the same time that vitagroup AG was founded, we decided to turn our focus initially on the German market in order to drive growth from a strong position.

vitagroup’s first consumer product was launched in 2017: FiTS, a motivational app designed to boost fitness. What makes FiTS special is that we can use the innovative motivation engine to step in at the right moment to inspire each user individually and help them to achieve lasting changes in their behaviour.

The acquisition of Braunschweig-based symeda GmbH in 2018 was a key step in vitagroup’s growth strategy. As part of vitagroup, symeda develops e-health solutions that network medical, therapeutic, and nursing experts for patient-centred care. Customers include hospitals, health insurers, management companies, and networked institutions. Many thousands of users access symeda systems every day.

Following its launch in 2017, TELEARZT has gone from strength to strength. As the first fully integrated telemedical solution in the regulated market, it helps doctors to overcome the challenge of operating in areas with poor infrastructure. Our solution is widely recognised and used throughout Germany.

2020 - 2021: In a promising position to play an active role in shaping the healthcare sector

The ONE[vitagroup] transformation process is nearing its conclusion. All of the vita units established and acquired over the years will operate under the vitagroup brand from now on. Only vitaphone will remain the “distributor” for solutions relating to medical devices.

In the face of the unprecedented coronavirus pandemic, vitagroup has proven itself as a systemically relevant healthcare service provider in Germany—whether through the development and adaptation of the SORMAS epidemic management system for our health boards, the creation of the NUM CODEX research platform for our university hospitals, or the operation of the 116117 on-call service.

When it developed the EHRbase open-source instance in 2020, vitagroup also received considerable international acclaim for achieving a milestone in healthcare system networking.

With all of the experience it has gained, vitagroup is today ideally positioned to play a leading role as a driving force in the increasingly dynamic healthcare market.

At the core of vitagroup’s current growth story is the Health Intelligence Platform, or HIP for short. It networks the healthcare sector’s existing systems and makes their data usable, regardless of the system employed. HIP is based on highly standardised, open data models: the transmission and storage of data are both absolutely secure and transparent. Doctors and hospitals have instant access to the information relevant to them and can migrate the data to their systems if required. Patients can also be actively involved.

From 2021 to the present day: focus on the HIP and HD divisions

The role of vitagroup in the market is becoming increasingly clear. Since 2021, vitagroup has been organised into two business divisions: the Health Intelligence Platform (HIP) and Health Dialog (HD). These represent two completely different approaches that the company takes to meet the needs of the market. With its HIP division, vitagroup is a technology enabler, and with its Health Dialog division, a healthcare service provider.

This organisational separation and focus on the two business divisions now give both divisions the necessary space to develop and flourish independently of each other.

The central solution of the HIP division is the HIP Clinical Data Repository (HIP CDR). The HIP CDR is the central data repository that brings together health data from applications, allowing clinics and other healthcare facilities to use their medical data across all systems without the need for conversion—and without having to rely on system vendors or expensive interfaces. It therefore provides a flexible and future-proof foundation for the digitalisation strategy of healthcare facilities—one that doesn’t require them to give up their existing system landscape. Freed from dependence on software manufacturers, clinics and other facilities can take advantage of the HIP CDR to select new best-of-breed software solutions or to easily replace existing ones. What’s more, the HIP CDR enables the use of artificial intelligence and automated decision-making processes.

With the support of the 116117 medical on-call service and the appointment service for Associations of Statutory Health Insurance Physicians and statutory and private health insurance companies, as well as other services, vitagroup’s Health Dialog has already established itself very successfully in the market as a competent and reliable healthcare service provider. With its comprehensive range of services, continuous accessibility, the high level of expertise of its medical staff, years of experience, and extreme flexibility, Health Dialog supports its customers in managing their patients’ healthcare—wherever and whenever required—by referring them to the appropriate service provider according to their needs, thus reducing healthcare bottlenecks. In the future, Health Dialog will also increasingly offer hybrid concepts comprising analogue and digital services.

In its more than 20 years of existence, vitagroup has proven that, with perseverance, the ability to learn, professionalism, and solid financial standing, as well as the necessary zeal, it can drive technological progress and actively help to shape a digital healthcare system.